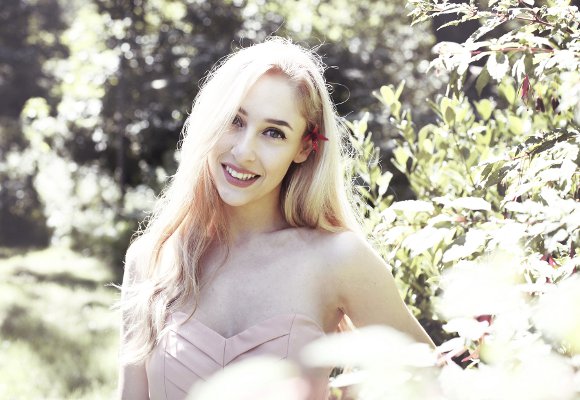 By Carly
1.06k
0 Comments
So I don’t usually upload on a Saturday but I was feeling a little shitty about not having a video up the week before as my schedule went crazy. I was incredibly excited to film this haul as it includes the equipment I’ve been working so hard to buy. While my friends all book up to go on lovely holidays I’ve spent the equivalent on a camera, mic and other essentials but I see it as an investment.

I’ve spent way too long using a camera with no viewfinder, I must have wasted at least 25 videos (no joke) due to lighting being too bright, out of focus, out of shot, battery dying… all of which could have been avoided had I had a flipping viewfinder. Obviously with the battery situation I would have been able to see the warning flash!

Not only that the internal mic was horrendous and picked up the worst background noise, so with that and other factors at home it meant I turned to voice over videos. To be honest I love the creativity these videos involve but my gawd they take a long time. I’m talking around 2-3 days, by the time you do the video, record the voice-over, edit it together, add music, insert close ups, include transitions. It’s a lot of work!

Because I do have a passion but sadly not the time for many of those a week I will be just doing voice overs for D.I.Y and Decor videos, also the Get Ready With Me. However for normal tutorials I will chat but keep the tutorial within a decent time, I have worked out a routine that means I film when everyone is out. This was ion impossible before as my son went to nursery for 3 hours or so, meaning I had too little time to film, hence the voice-overs.

Now he is older so doesn’t randomly scream around the house when playing or throw cars at the door while filming. Yep a few of those videos were unusable! and my partner no longer works away so he can take him out. Hooray!!!

This post has become more of a diary than a post on the video but hey I’ll roll with it! I’ve felt that weird excitement for YouTube lately that I haven’t felt in a long time. I have no idea why either, for months now waves of happiness randomly come over me which told me to channel my energy more into what I love, which essentially is makeup and fashion.

I’m a head over heart person, really cold in some respects and tend to try over-ride feelings with logic and it mostly turns out wrong. This time I jumped aboard this strange little emotional train and decided to take a leap of faith leaving my part-time job and doing YouTube and blogging full-time. This is a total ahhhhh shit moment as I’ve now (well as of the end of July) got myself to rely on to bring in work. This requires more organisation than Monica Gellar and the energy of a Tazmanian devil. Trust me I’m working on the latter!

I do look at my channel and social media and realise it’s not as big as others, sometimes doing this is my down fall as I do the whole ‘go compare‘ on other channels around my own channels age and think, ok what the hell am I doing wrong. Well, that’s what I’m doing wrong, comparing to people who aren’t me. I can’t compare to someone who has had the exact same situations so why even try?

I could have stopped, and many times wanted to stop. And although I’ve never admitted or spoke to anyone about this at the time,I’m sure I had depression. I guess I was embarrassed to say I wasn’t coping with all the personal problems at the time and didn’t want to burden anyone with them. Everyone has things to deal with but I’d advise anyone who is reading this who feels this way to speak to someone you trust and don’t hold it in like me.

Anyway I digress…I guess perseverance and damn stubbornness pays as I signed with Gleam futures who look after the incredible talent of YouTube. I can not describe how much this meant, and how much it has encouraged me to carry on. I’ve created an aim list for the year and future, I’d recommend you do one. It helps you see the obtainable goals and gives you tunnel vision in making them happen. Will they happen? I don’t know but I’m going to try my very hardest!

Here’s a couple of quotes to leave you with.

A psychologist walked around a room while teaching stress management to an audience. As she raised a glass of water, everyone expected they’d be asked the “half empty or half full” question. Instead, with a smile on her face, she inquired: “How heavy is this glass of water?” Answers called out ranged from 8 oz. to 20 oz. She replied,

She continued, “The stresses and worries in life are like that glass of water. Think about them for a while and nothing happens. Think about them a bit longer and they begin to hurt. And if you think about them all day long, you will feel paralysed – incapable of doing anything.” It’s important to remember to let go of your stresses. As early in the evening as you can, put all your burdens down. Don’t carry them through the evening and into the night. Remember to put the glass down