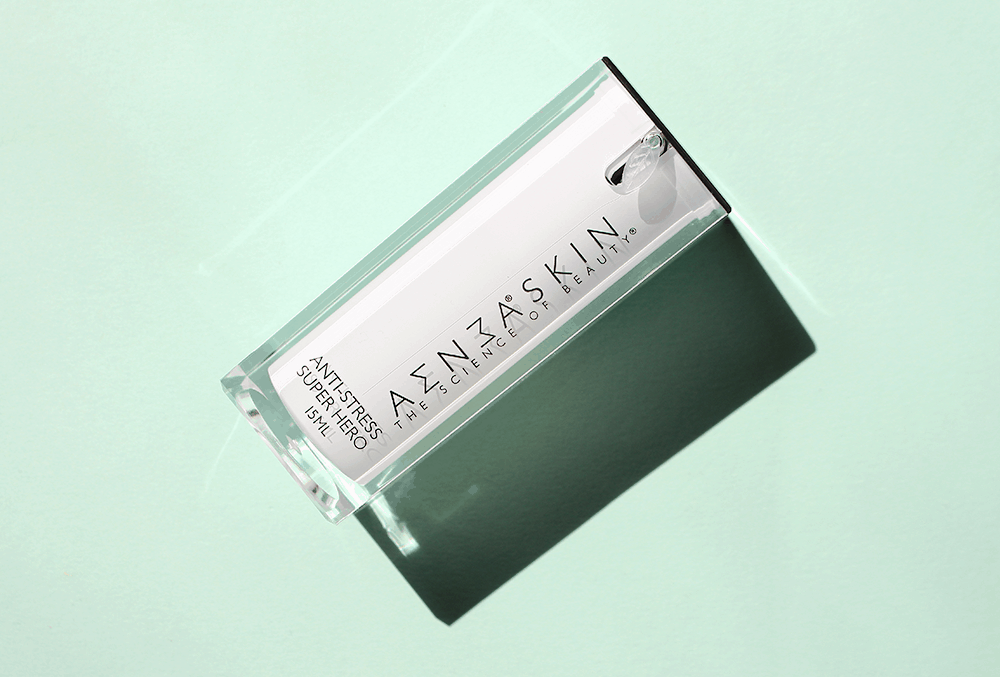 AENEA Skin is a brand new, highly innovative cosmeceutical skincare line “based on the science of epigenetics” It’s a rather in-depth post which does get down and dirty in the science of it all but bear with. This is high tech skincare with a mission to regenerate and revitalise whilst harnessing this science in a range of products to create a more youthful appearance.

the study of changes in organisms caused by modification of gene expression rather than alteration of the genetic code itself.
“epigenetics has transformed the way we think about genomes”

There’s no mistaking that this is an incredibly scientific subject but could this be the key to unlocking the speed in which our skin ages?
It’s a natural process for our cells to breakdown over time but there’s certainly factors that play the part in how quickly this can happen. Lifestyle, pollution and stress are amongst the top contributors for accelerated ageing and despite our own genealogy we can reduce the rate in which this happens. Whilst minimising sun exposure, protecting skin and lowering our stress levels can only do so much, we now have a brand to take this research further with ingredients that “attach epigenetic tags to DNA in our stem cells” – according to Aenea Skin 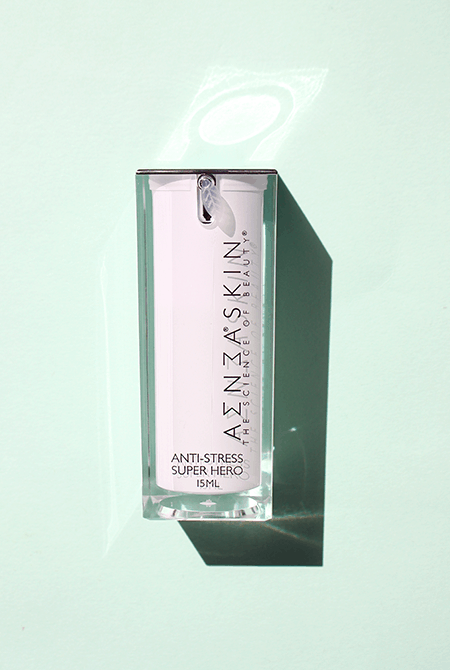 Time to get geeky…

So we all know and have seen the effects of visible sun damage, aka sunburn (and sorry to drop the bombshell but even a tan) – so it’s easier to see why we need to use protection and be extrememly vigilante and respectful of the sun. It’s often harder when the effect isn’t instantly visible and it’s not until we’ve done the damage we see the results.

When the body is under stress it releases stress hormones – adrenaline and cortisol – to help us deal with situations. The longer our skin cells produce and are exposed to cortisol, the more our skin stops working efficiently – resulting in redness, inflammation, a dull complexion and even acne.

Recent research has confirmed skin both as an immediate stress perceiver and as a target of stress responses. As the largest organ of the body, skin plays important barrier and immune functions, maintaining homeostasis between external environment and internal tissues. It is composed of two major layers: epidermis and dermis. The epidermis is a continuously renewing layer where basal proliferating keratinocytes gradually differentiate, move up and eventually slough off the surface. The outermost layer of the skin epidermis, the stratum corneum (SC), is composed of dead and flattened corneocytes embedded in a matrix of lipids. Corneocytes contain numerous keratin filaments bound to a peripheral cornified envelope composed of cross-linked proteins. While the flattening of the secreted lipids vesicles form intercellular lamellar disks, which then disperse and join together to form multiple, continuous membrane sheets [9, 10]. The dermis is composed of fibroblasts and extracellular matrix which provides elasticity and tensile strength [11].

Stress plays a major part in the health of our skin. When we are stressed, a hormone called cortisol is released, causing many things to occur in our bodies, including accumulating fat, as well as make your skin very dry, oily, or full of acne.

Another stress effect on the skin is dry skin, which has to do with cortisol yet again. In this case, cortisol decreases the skin’s natural production of something called hyaluronic acid, a natural moisturizer. It can also damage the skin’s protective qualities that allow it to keep hydration levels up. When these things are compromised, the skin, as an effect of stress, becomes dry and damaged.

So basically our skin is under attack above and below the surface and whilst we can’t always control the latter we can protect with ingredients that break down free radicals and cortisol.

Back to the product… 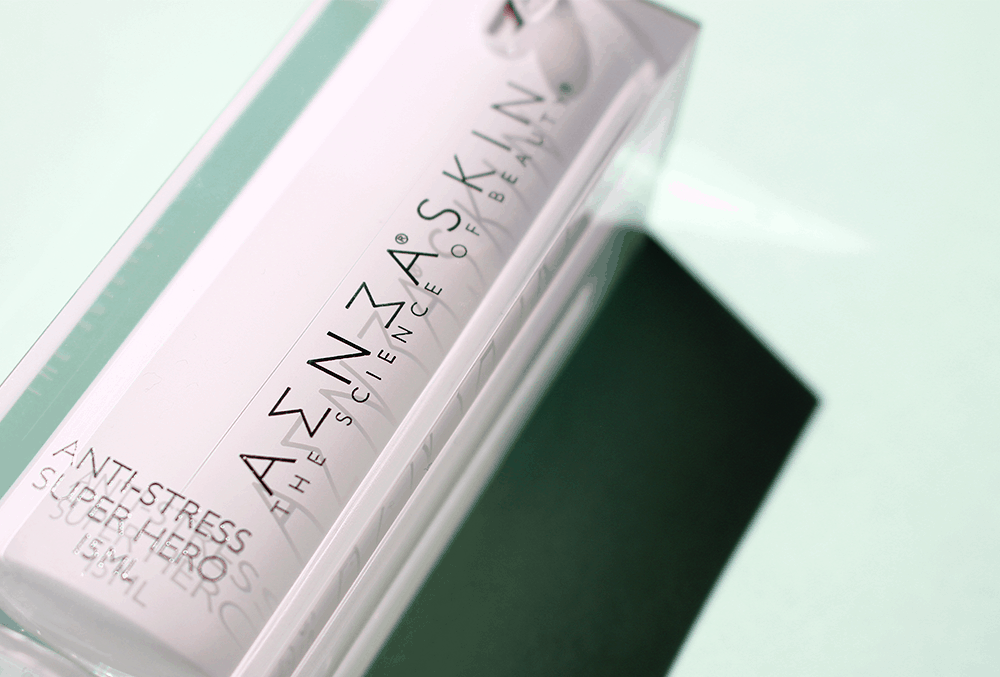 Aenea Epigenetic Anti-Stress Superhero contains Neurophroline. This is is extracted from the seeds of the wild indigo plant and is rich in sugars to help break down cortisol production. Ormesia (extracted from sees of the Passion flower) contains an active known for its ability to activate the skin’s own defence mechanism against pollution.

Interesting. So this in effect is working on two of the largest factors which accelerates skin ageing.

As this is skincare and not sun protection it doesn’t contain SPF, however IMO it would be a wasted element to include as this can also be used at night. Instead protect as an additional step by applying a broad spectrum SPF after skincare and before makeup application.

The product is clear with no scent and very light in consistency. It has a watery texture and absorbs into the skin quickly – which works well if you’re wanting to apply it under makeup.

It can be used morning and evening. I would recommend using after cleansing and toning for optimal results then following with your usual skincare.

Available for pre-order at aeneacosmetics.com and exclusive to Harrods. 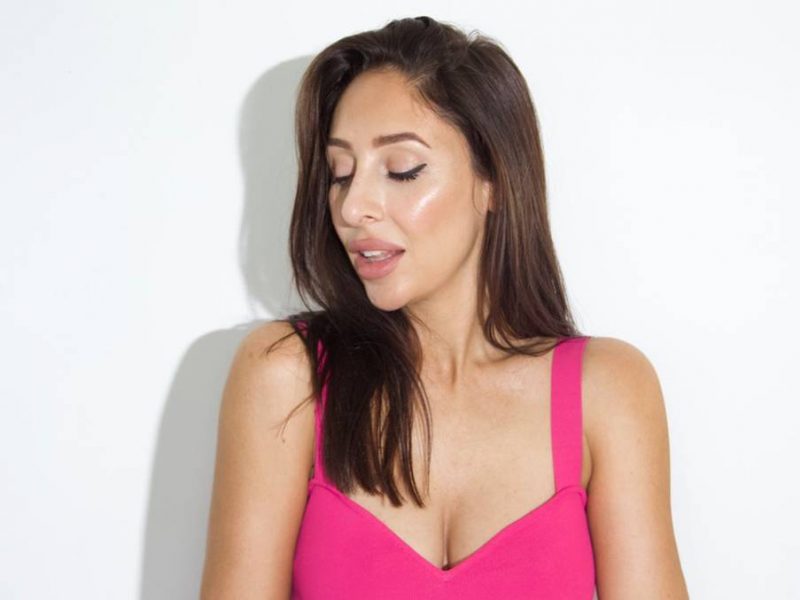 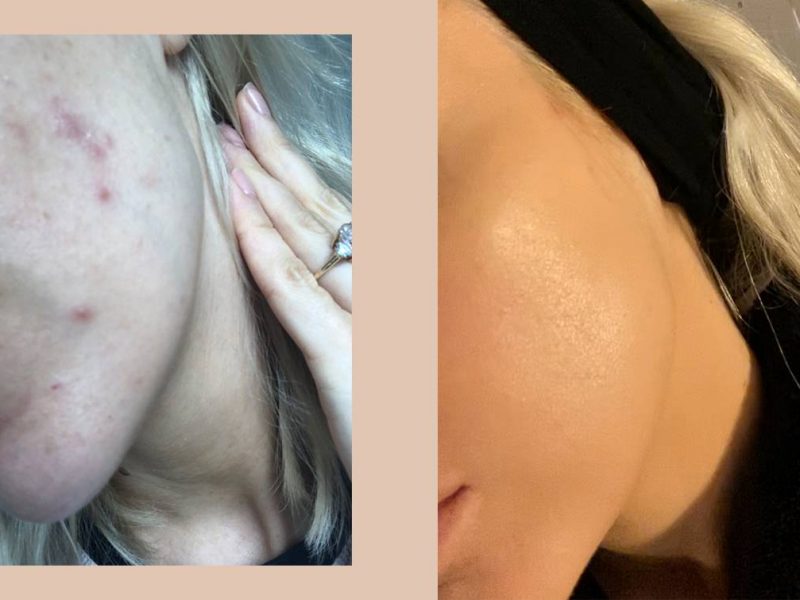 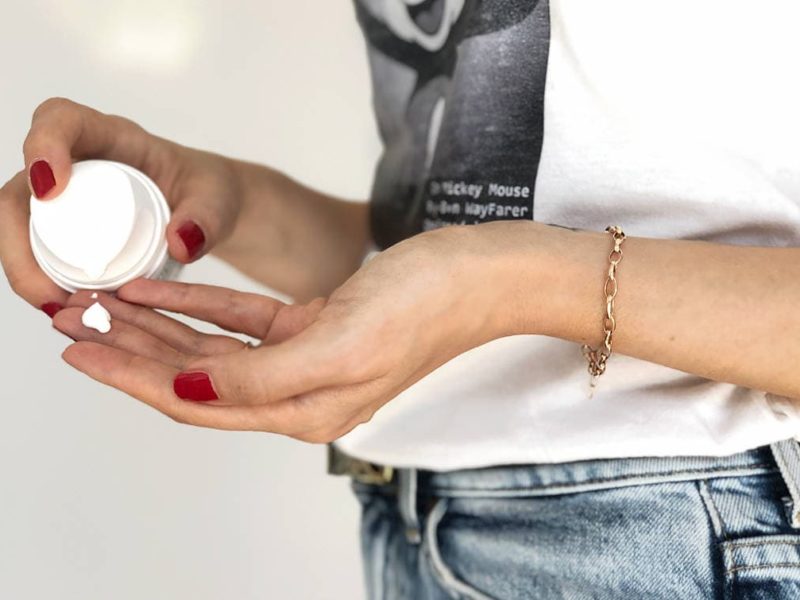